You may have heard of OpenRent. They’re one of the UK’s largest online letting agents. They’re also one of the worst offenders when it comes to housing benefit discrimination.

OpenRent let landlords list their properties as not accepting ‘DSS income’. These ‘No DSS’ policies unfairly lock renters out of homes they could otherwise afford. The impact on people’s lives can be devastating.

We have made repeated attempts to contact OpenRent to discuss this, including sending them a formal letter asking to meet in person. Despite this, we have received no response.

• remove the ‘DSS income accepted’ tick-box option
• inform landlords of their legal duty not to discriminate.

Help us put an end to OpenRent’s unlawful discrimination against renters on housing benefit and make renting fairer for everyone.

The evidence against OpenRent

Want to know more about what OpenRent are doing and why we need to put a stop to this?

We have carried out extensive research into their discriminatory practices and the impact they’re having. And below, we set out all the evidence we’ve gathered.

The scale of the problem

Discrimination against renters who receive housing benefit is widespread on OpenRent’s platform and exists wherever they’re advertising properties, right across the country.

They make it easy for landlords to refuse to consider tenants claiming housing benefit by having a tick-box that says ‘DSS income accepted’. By not ticking this box, landlords can simply say ‘no’ to anyone on housing benefit, regardless of their individual circumstances.

In November 2020, we carried out an analysis of OpenRent’s website. We looked at properties that were available in four of the biggest cities: London, Manchester, Birmingham, and York.[1]

Of the total 11,534 adverts we analysed, only 16% of these accepted housing benefit recipients. This is substantially lower than the one-third claimed by OpenRent.

In reality, all adverts should accept those claiming housing benefit and there should be no unlawful discrimination against this group of people.

The percentage of adverts accepting people on housing benefit

How we know OpenRent are the worst offenders

DSS discrimination is a problem across the entire private rented sector, and the lettings industry has moved far too slowly since the practice was made unlawful in the summer of 2020. But OpenRent stand out from the crowd.

In June 2020, we analysed ‘No DSS’ adverts across three other platforms: Countrywide, Zoopla, and Rightmove.[2] And we focused on four major cities: London, Manchester, Birmingham, and York.[3]

As you can see from the table below, OpenRent have a significantly higher percentage of adverts that are not open to housing benefit tenants compared to other property sites.

How OpenRent compare to other property sites

How are they advising their landlords?

OpenRent say: ‘It is up to a landlord to decide whom they let their property to. We would encourage all landlords to consider each application on its individual merits.’

So, while OpenRent aren’t actively advising landlords not to rent to people who receive housing benefit, they still give them the opportunity to do so.

In reality, by having a simple tick-box option, OpenRent are making it easy for landlords to discriminate against people on housing benefit, and they know this.

This isn’t just unfair, it’s unlawful. And OpenRent are failing to tell their landlords this. Ultimately, landlords should be advised to consider each prospective tenant on their ability to afford the rent – not on where their money comes from.

Many landlords rely on the help that they get from letting agents. And giving landlords bad, incorrect, or unclear advice puts both the landlord and the agent in legal jeopardy. In fact, when we’ve helped tenants take landlords and letting agents to court for unlawful discrimination, they’ve been ordered to pay thousands of pounds in legal costs and compensation.

A survey of landlords in England showed that nearly 1 in 5, or 19% of, landlords with a policy against letting to people on housing benefit say they did this because their letting agent advised them to.[4] This shows why it’s so important that OpenRent make it clear that this practice is unlawful.

OpenRent also host a very active community forum for landlords and tenants on their site. There are many examples of landlords being open about discriminating against tenants receiving housing benefit and advertising their properties as ‘No DSS’.

There are also landlords advising others to never accept anyone ‘on benefits’, stating that all housing benefit tenants are ‘bad tenants’ who will cause damage to the property and not pay the rent. As well as this, some offer ‘tips’ on how to get away with discriminating.

OpenRent very rarely challenge or moderate these comments. This makes the forum a breeding ground for housing benefit discrimination and, in some cases, misinformation.

We want OpenRent to tackle this by clearly informing their landlords of their legal duty not to discriminate against people.

And here are just a few examples from the forum of the types of comments that go unchecked:

I am new to Openrent. (Name removed) supporting this nonsense does not do much to reassure me. I will not take tenants reliant on housing benefit and I do not want to waist the time of applicants with no chance.

Not to tar everyone with the same brush but every DSS tenant I have had has wrecked the property of left it in a state of repair where its cost over £1K to decorate and get it right again for the next tenant. After the 8th time it happened I no longer with to have DSS tenants

I will discriminate all I want with my properties.

Openrent are pioneering the right to say no to DSS. If it’s legal or not is still up in the air. I applaud them for their stance on this.

The impact of OpenRent’s ‘No DSS’ discrimination on tenants

At Shelter, we hear time and again from people struggling to find a home because of housing benefit discrimination.

In the summer of 2019, we commissioned YouGov to survey tenants’ experiences in the UK. They found that 54% of renters currently claiming housing benefit said that they had been prevented from renting a home they wanted because the advert said ‘No DSS’. And 50% were barred due to blanket ‘No DSS’ policies.[5]

The coronavirus (COVID-19) pandemic has only exacerbated this, with an estimated 40% or more of private renters now claiming housing benefit.[6] This means that there are hundreds of thousands more renters coming up against ‘No DSS’ policies.

DSS discrimination has a devastating impact on people’s lives. It causes stress and anxiety, leads to people staying in unsuitable and unsafe accommodation because they can’t move – and, ultimately, it can make people homeless.

Stephen is a married father-of-four. He sustained severe spinal injuries in an accident in 2016 and now needs to use a wheelchair.

His wife has had to give up work to be his full-time carer. The property in which they were living was also no longer suitable, so they began their search for somewhere else.

With their combined benefits allowances, they could demonstrably afford to rent somewhere privately. But, despite having the funds, letting agents and landlords continually rejected them. Stephen ended up living in his car while his wife and children stayed with her parents. 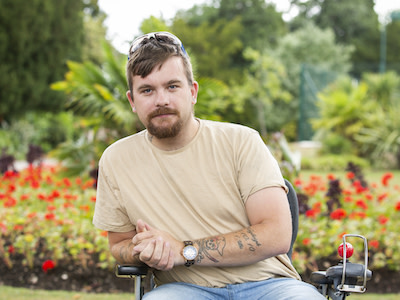 It's discrimination. You wouldn't reject someone based on their skin colour, race, sexuality, or gender. It's the same thing. We [housing benefit recipients] didn't deserve to be treated like outsiders.

Amanda is a mother with three children. She had to look for somewhere new to live after the breakdown of her marriage.

She was working part-time and also received housing benefit. She had excellent references and good finances in place to be able to pay a deposit and 12 months’ rent in advance.

She rang around several local letting agents. But, as soon as she revealed that she was on housing benefit, the agents came back with a blanket ‘No’. 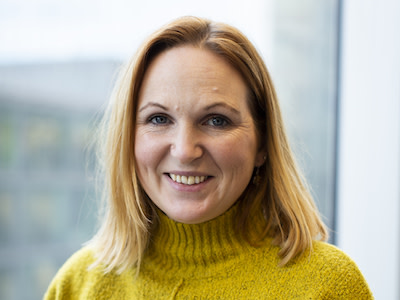 I was shocked when I was turned down as a tenant, and even more shocked at being told that the reason for this was that the estate agent didn’t consider housing benefit to be a source of income. It was made apparent they were not concerned about how much income or savings I had.

No more time for excuses

OpenRent have listed various reasons explaining why they are reluctant to remove the ‘DSS Income Accepted’ option from their site.

Whilst their survey results show that those asked found it useful to know which properties would accept housing benefit recipients, our own research shows that people would rather not be discriminated against at all.[7]

Landlords have mortgage and insurance restrictions that prevent them from letting to people on benefits.

This may have been the case several years ago, but in 2020 it’s nothing more than a myth.

Industry leader Mortgages for Business have researched the market and tell us that they think that over 99% of the buy-to-let mortgage market is now ‘No DSS’ free.

And, while some landlord insurance products do still have ‘No DSS’ clauses in them, there are also plenty available which do provide cover to landlords letting to housing benefit tenants. These are often at little, or no, extra cost (including OpenRent’s own landlord insurance policy).[8]

Many properties are unaffordable to people on benefits.

By giving landlords the option to un-tick the ‘DSS Income Accepted’ box, they are allowing them to have their own ‘blanket bans’. The main issue with this is the fact that landlords do not know what is ‘affordable’ to a tenant unless they allow them to disclose their individual circumstances first.

OpenRent fail to see the role they play in allowing landlords to discriminate.

Whilst they appear to want the ‘system’ to change, they are unwilling to do their part by taking away the options on their site that allow discrimination to continue.

Help us put an end to OpenRent’s unlawful discrimination against renters on housing benefit and make renting fairer for everyone.