How to deal with illegal eviction

If your landlord tries to kick you out

Bookmark or save this page so you can look at it if your landlord turns up.

Call someone for support. You could call a friend or family member. If you've spoken to a renters union or the council you could call them too.

How to speak to your landlord

Speak calmly and explain that they are breaking the law.

Explain what actions you have taken or will take, for example if you have:

Explain that you are protected by the Protection from Eviction Act 1977 and that they must only evict you by court appointed bailiffs.

Tell them that penalties include:

If you're not sure what to say you can show them this explainer.

This property is occupied under a legal tenancy agreement that falls under the Protection from Eviction Act 1977.

The tenancy is legally binding even if not in writing.

The landlord must apply to court to evict a tenant lawfully. Only court appointed bailiffs can enforce this.

Under Section 1 Protection from Eviction Act 1977, any individual who deliberately and unlawfully deprives the occupier of their occupation of this property is committing a criminal offence.

By law, you must stop all attempts to deprive the occupier of their occupation or risk arrest, a custodial prison sentence, a fine of up to £5,000 or civil action with unlimited damages.

You could film your landlord to use as evidence later on. If you don’t want to film, note down what happened.

If the situation becomes violent or you feel unsafe it could be better to leave and come back.

If you do this your landlord will probably carry out the illegal eviction.

You can use reasonable force such as changing the locks or breaking a window to get back into your home, but do it quickly.

If you cause damage you may have to pay for the repairs.

You could call the police

The police often don’t understand the law on illegal eviction so they may tell you it’s a civil matter.

The police will generally only come out to protect you if there’s a risk of violence. Otherwise they will probably advise by phone.

Find out what you can expect from the police so you can decide whether you want to call them.

If you do call, make sure you get a CAD number and take down the ID numbers of the officers attending.

If the attending officers say it is a civil matter - show them this explainer:

FOR THE ATTENTION OF ATTENDING POLICE OFFICERS

This property is being occupied under a legal tenancy agreement that falls under the Protection from Eviction Act 1977.

The landlord must apply to court to evict this tenant lawfully. Only court appointed bailiffs can enforce this.

Under section 1 Protection from Eviction Act 1977, any individual who deliberately and unlawfully deprives the occupier of their occupation of this property is committing a criminal offence.

The same applies to any individual who carries out acts calculated to cause the occupier to give up occupation without following the lawful process.

WHAT POLICE OFFICERS CAN DO

When attending an incident which may involve a Protection from Eviction Act 1977 offence, it is suggested that police officers:

If you need to talk to someone, we'll do our best to help

Have you had a bad housing experience? 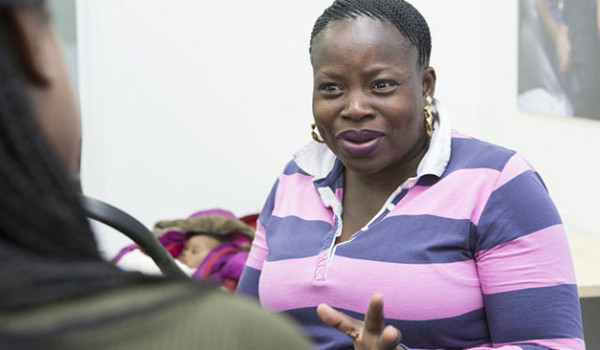