55% of homeless families trapped in temporary accommodation are actually working, according to new research released by Shelter’s social housing commission.

Based on freedom of information requests, the exclusive analysis shows that more than 33,000 families are holding down a job, despite having nowhere stable to live. This has increased by 73% since 2013, when it was 19,000 families.

This trend in ‘working homelessness’ is being driven by a combination of expensive private rents, the ongoing freeze on housing benefit, and a chronic lack of social homes.

High housing costs are a major area of concern for many working families, particularly those in low-paid, part-time or contract jobs. In fact, losing a tenancy is now the single biggest cause of homelessness in the country – accounting for 27% of all households accepted as homeless in the last year.

With hundreds of thousands of working families struggling to keep a roof over their heads, the charity’s commission – the Big Conversation – will make bold recommendations on the role social housing needs to play in easing the housing crisis.

Polly Neate, CEO of Shelter, said: “It’s disgraceful that even when families are working every hour they can, they’re still forced to live through the grim reality of homelessness.

“In many cases, these are parents who work all day or night before returning to a cramped hostel or B&B where their whole family is forced to share a room. A room with no space for normal family life like cooking, playing or doing homework.

“We cannot allow struggling families to slip through the cracks created by our housing crisis – the government must urgently come up with a new plan for social housing that delivers the genuinely affordable homes we desperately need. Our commission on the future of social housing will be calling for bold solutions, because more of the same is simply not good enough”

Case study: Mary Smith, 47, lives in temporary accommodation in Watford with her three sons. They became homeless after being evicted by their landlord. Mary works full-time in a shoe shop, but still can’t afford to rent privately.

Mary said: “I was brought up by a very proud Irish woman, and taught that you don't discuss things like your finances – so letting my colleagues at work know what's happening is very hard. Luckily, I have an understanding manager now, but I nearly lost my job when I first became homeless because the transport links from my hostel were so bad.

“We’ve lived in three different temporary places in two years, and it’s been really tough on the children. Sometimes, I even think that I don't want to wake up in the morning, but I do. I get on with it because I have other people relying on me. 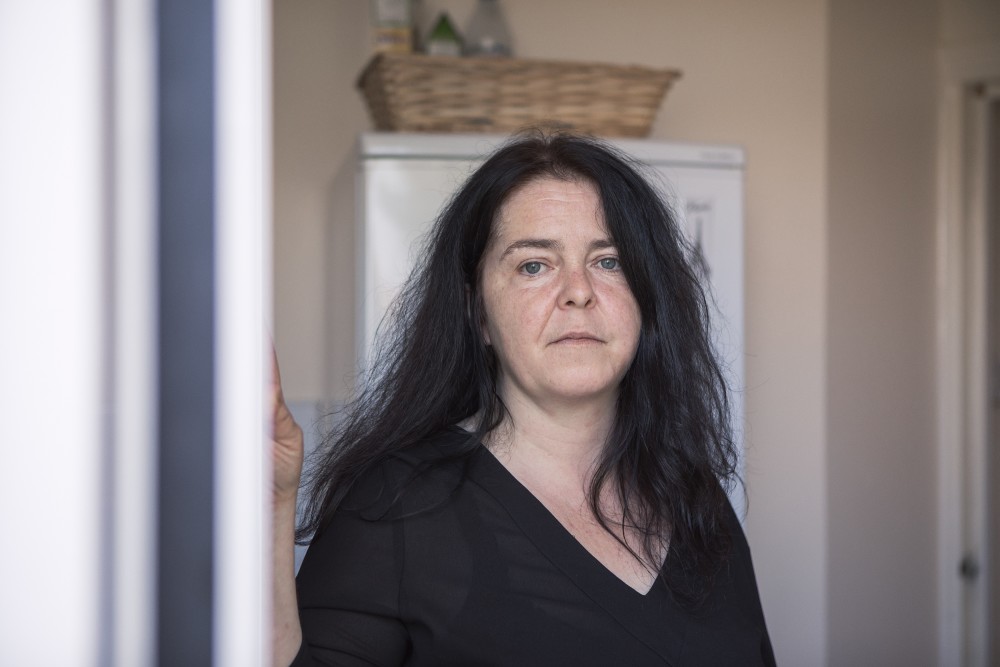 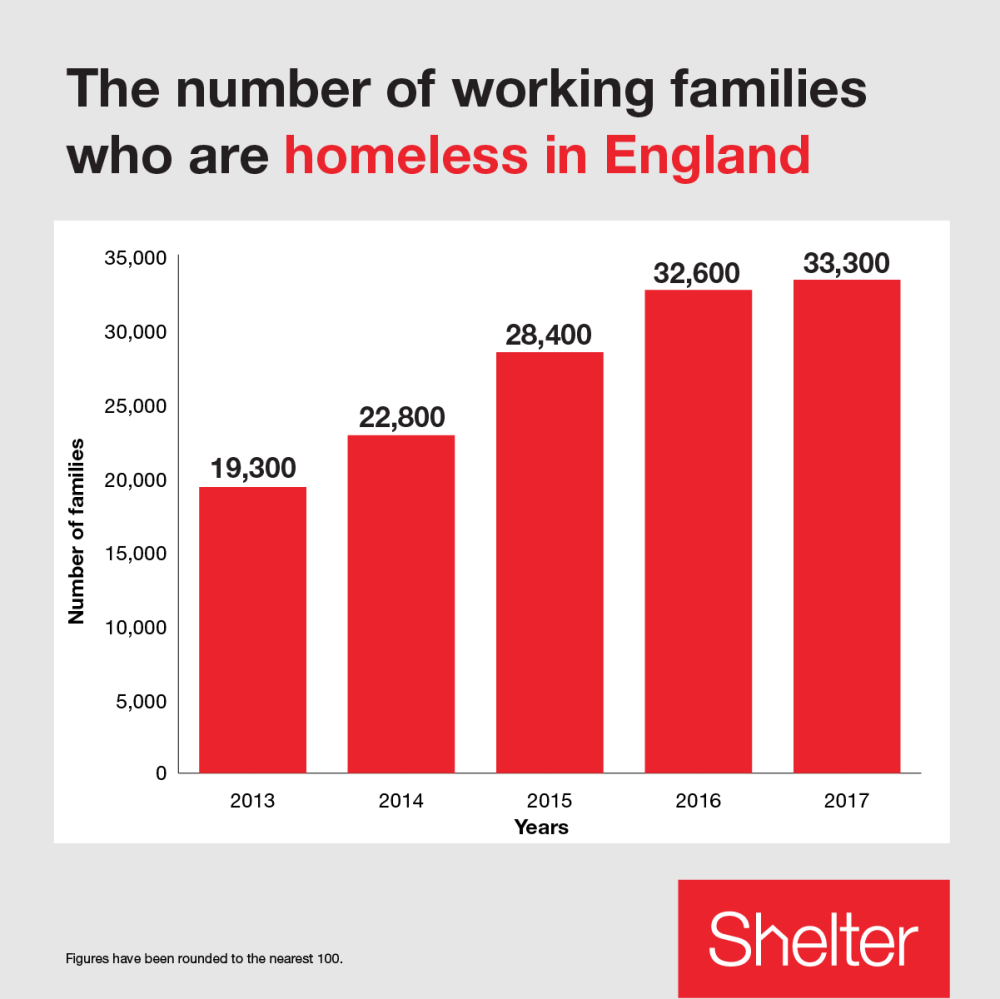 1. data on the number of working homeless families was provided by the Department for Work and Pensions (DWP) in response to a Freedom of Information Request submitted by Shelter

2. the data shows the employment status of housing benefit claimants flagged as in ‘temporary or short-term accommodation’ in England as of November 2017. At the time of the request this was the most recent data available

3. the DWP provided data for each year from 2013 to 2017. DWP have stated that records prior to 2013 are deficient so they cannot provide an accurate estimate of the proportion of working families before this date. 2013 is therefore the first year when useable data is available

4. the data covers seven in ten families in temporary accommodation. Families that are not included could be missed out because: they are waiting for their housing benefit claim to be processed, are working and earning enough to pay for their temporary accommodation without housing benefit, or have been moved on to Universal Credit and their homelessness status is no longer recorded

5. to make sure that the data on working families is representative of all homeless families in England, Shelter analysed wider housing benefit data and consulted with benefit experts. The data collected can be used to accurately estimate the proportion of homeless families who are working (55% in Nov 2017), and how this has changed over time (44% in Nov 2013)

6. these proportions were then applied to the official homelessness statistics to estimate the total number of working families in temporary accommodation (TA). At the end of 2013, 43,750 families were living in TA, and at the end of 2017 it was 60,520. By calculating what 44% and 55% are of these totals, Shelter established that 19,250 families were working in 2013 and 33,286 were working in 2017. This represents a 73% rise in the number of homeless families in work

7. the number of households accepted as homeless because of the ending of a private tenancy is taken from the MHCLG live homelessness tables

8. estimates of the number of privately renting families struggling with housing costs are generated from Shelter’s tenants survey. In 2017, 18% of private renters living with children were struggling to pay their rent. By applying this to figures from the English Housing Survey 2016/17 we can estimate that 285,000 families are struggling.  YouGov survey of 3,798 private renters in England, July-August 2017, online, 18+, weighted to be representative of England’s private rental sector

These numbers are for media enquiries only. We cannot give housing advice on these lines

Or you can email us